What could be better than walking the streets of Lisbon with your beloved? Many people choose exotic destinations like the Maldives or the Seychelles for their honeymoon trip but we chose beautiful Lisbon,Portugal. Why? Well, the idea of lying on the beach for hours no matter how far away and exotic that beach might be is the idea of hell to my fair-skinned husband. So we needed to choose something else. New York, Russia, Scandinavia (maybe a cruise?), and even such far away places like Australia came to our mind. In the end we wanted to go somewhere warm and somewhere that wasn’t that far away actually (and without visa ) so we chose Portugal. We had never been there and it looked like an interesting place to explore. Yes, explore and not lie on the beach all day long 🙂 .
So, we spent 8 days in Lisbon last September. We stayed at a nice hotel in the center and apart from enjoying Lisbon we also went on two day trips and even spent half a day at the beach (yes, there are many beaches near Lisbon!). We had glorious weather for the entire stay; it was sunny and warm, not hot.

So what did we do on our first day in Lisbon? After settling into our hotel and after a short nap we set off on our first walk around Lisbon. I was very much surprised by Lisbon’s beauty and the relaxed atmosphere it had. Almost every building or every square reminded me of some other city such as Paris or Madrid. It even had a bit of London in itself. But maybe that’s what happens when you travel a lot; you can’t help but compare the new city with all the others that you’ve already visited. But Lisbon’s quite unique since it sits on the north bank of the Tagus estuary which eventually becomes a part of the Atlantic ocean. And of course there’s the famous red bridge Ponte 25 de Abril that looks like a twin of the Golden Gate bridge in San Francisco, USA. Who doesn’t like cool bridges?

The first square we saw on our walk around Baixa or the lower town was the square of Marquês de Pombal; the man responsible for rebuilding Lisbon after the terrible earthquake of 1755. This is not really a square as much as a busy roundabout. The big park named after the English king Edward VII is behind this busy roundabout/square. The majestic boulevard Avenida da Liberdade links Praça de Marquês Pombal with the beautiful square Restauradores. The wide tree-lined boulevard with fountains and sculptures and kiosks with food is the perfect introduction to Lisbon. There are many expensive shops in this street as well as some beautiful Art Nouveau buildings. However, this is not a pedestrian zone since there are traffic lanes which divide this avenue in half. It’s not common really to pay much attention to the pavement on which you’re walking but this avenue’s pavement is decorated with lovely abstract patterns.

Suddenly there was a tall obelisk ahead which meant that we reached the Restauradores square. And there was also Hard Rock Cafe so we had to have a quick peek inside :). Then we bought our Lisbon card (48h ) in the Tourist Office at the right side of the square. The card gave us free public transport and free access to several museums and attractions that we’d planned to visit in the next two days. I don’t often get this sort of card but this one was worth the cost and we fully took advantage of it. We also saw our first Lisbon tram (funicular actually) at this square. We walked on and came across the Rossio train station with elaborate entrance in the form of a horseshoe. It looks so romantic, and yet it’s just a train station.

Just straight ahead is the main square Rossio which is formally called Praça Dom Pedro IV. It’s quite an elegant square with two fountains and a bronze statue of Dom Pedro IV who was the first emperor of the independent Brazil. There’s also the National Theatre. I have a thing for old-fashioned iron wrought street lamps and there was an abundance of them in Lisbon. My husband wanted me to take a picture of him with the fountain so that it looks like he’s drinking the water. Needless to say I failed at that. You can see the ruins of the Igreja church above the square as well as the castle of São Jorge when you cross the square.

We browsed the menus of the restaurants in the main street Rua Augusta and bought a pair of tiles with Lisbon motifs. Those tiles now decorate the wall in my kitchen. I didn’t think that you could bargain for souvenirs here like you can in Turkey but we saw it so we also tried it. Why not? 🙂 I don’t surf but those of you who do might find it interesting to see surfboards on a building. It was some sort of design museum if I recall it correctly but I didn’t like the image of surfboards so close to the triumphal Arch which is in a way the entrance to the magnificent Praça do Comércio square ( or Terreiro do Paço).

What is it with Portuguese and their double names for almost all squares? This square was once a site of the royal palace but then the earthquake destroyed it all. However, the already mentioned illustrious gentleman Marquês de Pombal rebuilt the palace too. It occupied arcaded buildings that extend around the three sides of the square. Today those buildings house government offices and restaurants and cafes. We first saw the Tagus river here at this Comércio square. It’s vast and it looks like an ocean. And there’s the lovely red bridge whose design was inspired by the more famous Golden Gate Bridge, San Francisco. Across the river is another famous twin; the statue Cristo Rei was modelled on Cristo Redentor statue of Jesus Christ in Rio de Janeiro, Brasil. 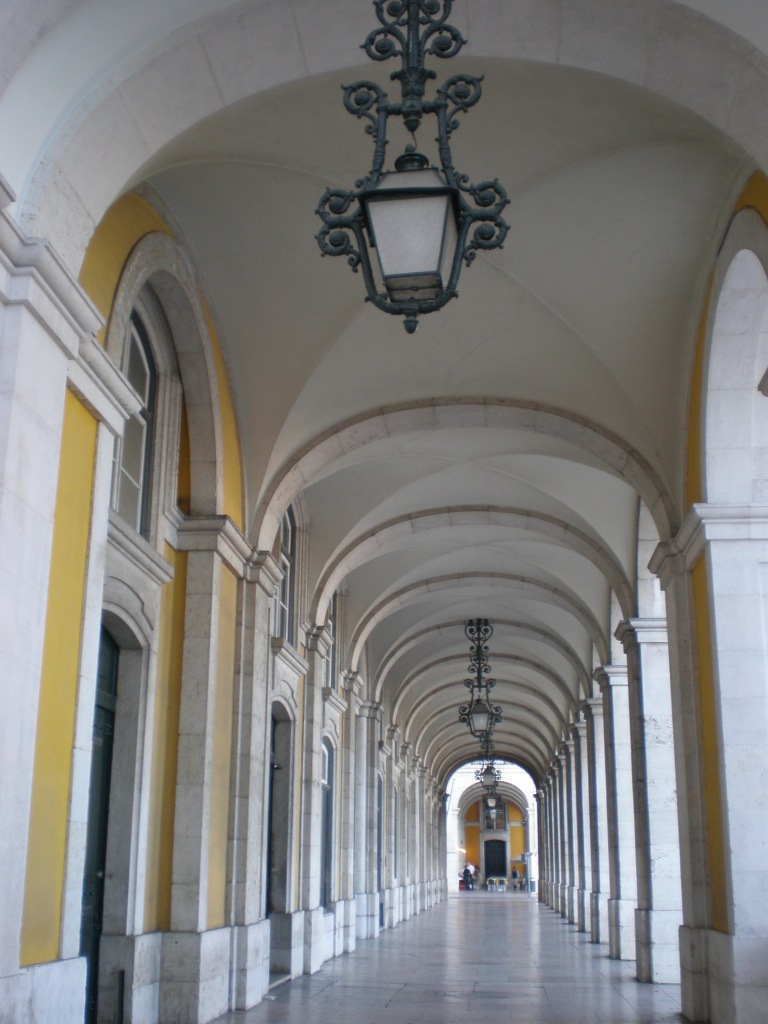 A lot of people were sitting near the river and talking, kissing and playing the guitar. It was already evening and I indulged in a fantasy of imagining how this square would have looked like to visitors who had come here by boat. It’s impressive today but then…it must have been spectacular. Portugal got rich because of its seafarers and explorers who brought back the riches of newly found lands. And this opulence is visible in Lisbon’s grandiose architecture. In a way, I believe that Lisbon feels too big to be just the capital of Portugal and that it misses the old times when it was the capital of a larger empire.

We strolled by the river for a while and then headed back to our hotel. While we were walking a guy passed by us and whispered do you want some hashish. I was so shocked! It was around 7.30 pm, in the center, not in some dark dodgy street and we were just asked if we wanted to buy some drugs. Unfortunately this happened almost every evening! I don’t know why that happened but that made me feel a bit unsafe when walking around in the evening. There was no other reason to feel unsafe apart from that. Anyway I didn’t let that ruin our first day in Lisbon. On the way back to the main square Rossio we also saw the Town Hall, a lot of beautiful buildings with tiles, a British bar and a souvenir shop with cans of sardines and lots of trams. There were also a lot of bridal shops around the city but maybe I noticed them because I recently got married 🙂 We also ticked off another square from my list and that was Praça da Figueira. It’s not as nice as the other squares but it’s the place where you can get the tram number 12 which takes you to the castle Sao Jorge. There’s also one of the oldest pattisseries in Lisbon. The Portuguese obviously like the sweet stuff a lot because there’s a lot of cake shops around. 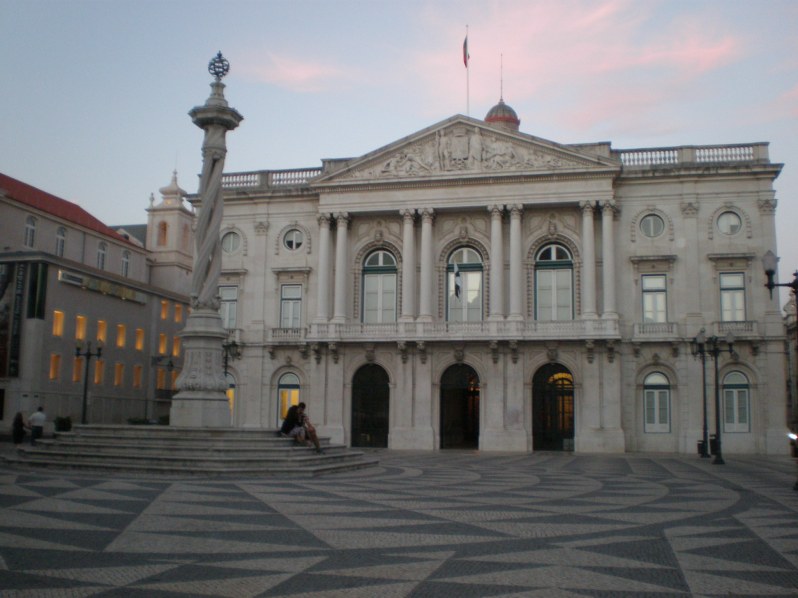 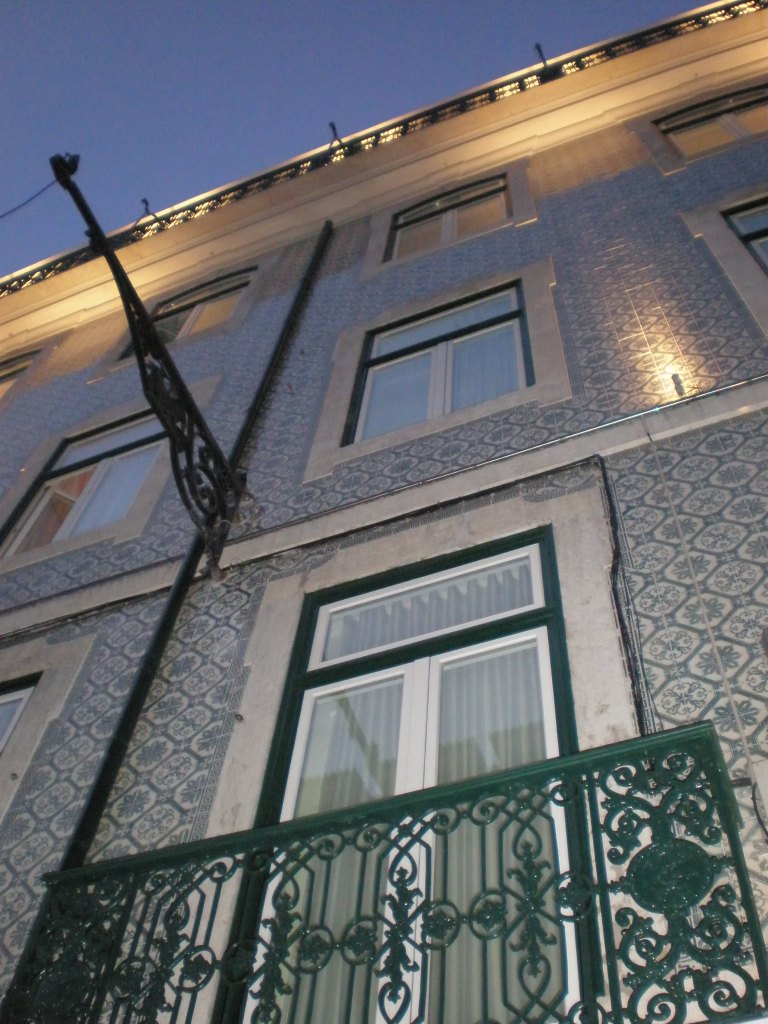 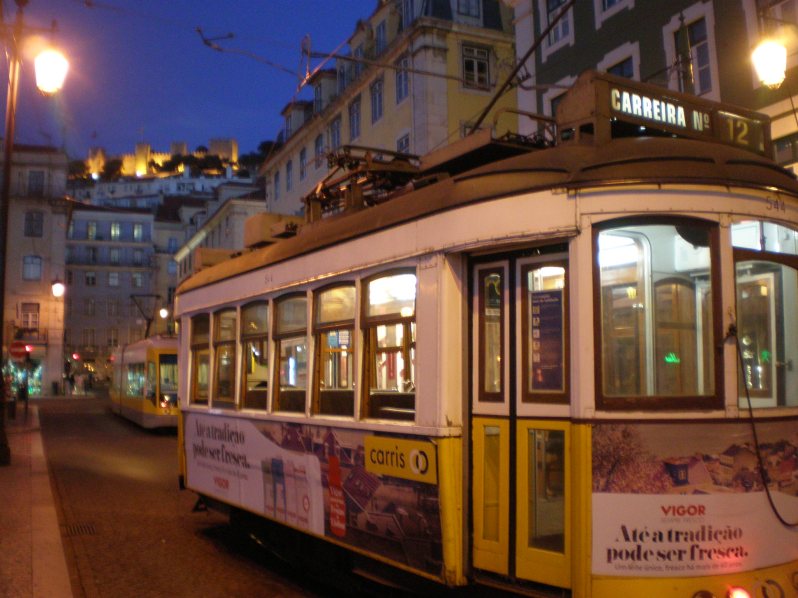 What do you think of Lisbon?

p.s. stay tuned for more Lisbon posts! 🙂 I’ll be writing about Belém, about the castle, the day trips to Sintra and Évora and about many more things! 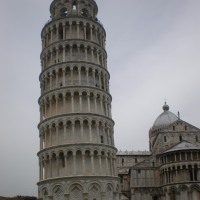 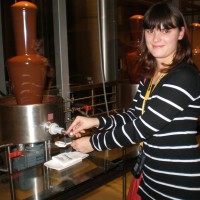 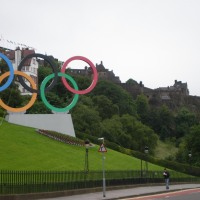 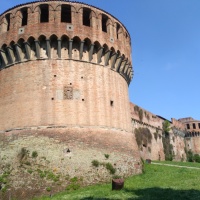