“I am Wesley, I am a university student born and raised in California and love to travel the world. My blog documents my trips and experiences and is intended to be shared with the world.”

The Bay Area, known for its plethora of tech start-ups and its hippie history, is the place I call home. I live in the city of San Jose, the city south of the San Francisco Bay. It’s one of the cities that make up the famous Silicon Valley. The other cities include Palo Alto, Mountain View, and San Francisco. San Jose has always been about technology. Apple, Tesla, and even Google have a spot in downtown. Growing up, I didn’t like San Jose much because there weren’t that many things to do as a child. If I wanted to go somewhere, I needed a car because there is no public transit system that takes people around the city. The city was mainly for aspiring workers looking for opportunities. But going away to university has made me appreciate my hometown for what it is.

The city itself is so diverse being the new home of immigrants. A lot of Vietnamese people (including my family) sought this city as their new home after escaping Vietnam in 1975 during the war. There’s also a good population of Mexican, Indian, and different Southeast Asian cultures living together. San Jose is one of the few cities where the minority population outnumbers the majority (White people) population. This diverse culture also brings about a number of awesome foods. The Asian population increased the popularity of boba( milk tea or bubble tea) and my personal recommendations include Pho, Korean BBQ, Bun Bo Hue (A beef-infused soup), Chinese Dumplings, Hot Pot, and Cajun/Vietnamese seafood. There’s also awesome Mexican restaurants such as Iguanas and La Victoria’s where their sauce is the most captivating feature. There are traditional Mexican restaurants that I recommend, one of which being La Chingada. My advice is to take the risk of trying new ethnic foods and experience the wonderful flavors that they bring to San Jose. 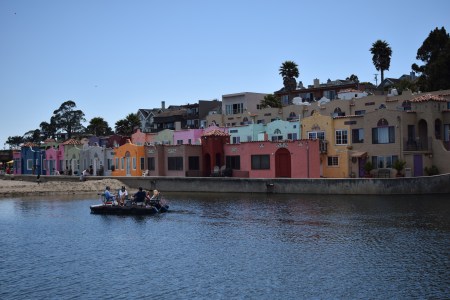 END_OF_DOCUMENT_TOKEN_TO_BE_REPLACED

This is a guest post from Adam & Stephanie from Road Unraveled  blog. We are Stephanie and Adam, the travel writers behind Road Unraveled, and we want you to take a different vacation. We’re part time travelers with full-time jobs, and we’ve learned when you combine limited vacation time and budget with a passion to explore the globe, you can uncover some incredible adventures!

Your Guide to Washington, DC

Even though Washington, DC is the United States’ capital city, it’s not always the first place visitors think of when they plan a trip to the USA. We have lived in DC for the last decade, and we know that when it comes to history, free activities, and great food, you won’t find a better place to spend your vacation!

Here are our tips for what to see and do when you visit the capital city of the United States of America.

END_OF_DOCUMENT_TOKEN_TO_BE_REPLACED 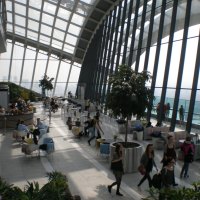