I miss my best friend who’s moved to China so I’m posting this in memory of our crazy trip to Madrid for New Year’s all those years ago. We had a blast! All our trips together were incredible adventures. The ones you can only share with a best friend:)

What are my greatest adventures?

I won’t be modest and I’ll say that I have had a few great adventures so far. Which one was the greatest? Well, that’s a tough question. I recently wrote about flight problems and how the simple plan to fly to Madrid via London turned out to be an adventure in itself but I’ve had even more interesting and convoluted travel plans in my reckless and broke youth ( not that I’m rich now, far from it).

Back in 2005 I travelled with a group of friends to Turkey by train. It only took us 30 h to get to Istanbul but it was the cheapest option available. We didn’t take the sleeping car but nestled in our sleeping bags in an ordinary one and somehow passed the time without the smart phones. Somewhere in Romania the power went out so we were also freezing (it was October) but we eventually came to the Turkish border and soon after to Istanbul. Anyway, after spending 30 h on the train we spend the next three days sightseeing around Istanbul before we went on to Izmir by bus (and by ferry). That was only around 330 km further during which we felt two earthquakes and not to mention that all this happened during the bird flu outbreak and paranoia.

END_OF_DOCUMENT_TOKEN_TO_BE_REPLACED

How NOT to travel to Madrid

It makes perfect sense to go to Madrid via London, doesn’t it? Well, that was what we thought. My BFF had a return ticket to London that she had to use by the end of the year. So, while we were planning our New Year’s trip to Madrid (2009/2010) we decided to spend a day in London and then fly from there to Madrid. A piece of cake, right? We are both crazy about London so the plan sounded awesome. I bought my ticket for London and we met there since I flew in from Trieste and she had a ticket from another city. My flight was delayed then I didn’t meet someone who I was supposed to see and then I had problems with buying a tube ticket. At that point I was getting really frustrated but when I saw my BFF waiting for me at our tube station I was happy.

We were in London again. She has already checked-in in our hotel in Bayswater so when I came I just left my suitcase in the room and we were off to wander around our favourite part of London. Bayswater may be a tad touristy with its abundance of souvenir shops but it has some cool pubs and it’s really near the Notting Hill and the Kensington gardens. We had a drink in our favorite pub Prince Alfred and then went clubbing. We returned by night bus but of course missed our stop so we had to walk  at 3.30 am through some unknown streets.

END_OF_DOCUMENT_TOKEN_TO_BE_REPLACED 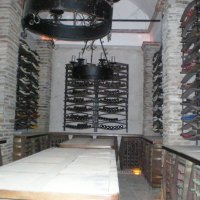 Sunny Sunday at the beach... How's your day going? 😉 #kostrena
A Valentine's Day 5 years ago.. A lovely day trip with our friends. We visited two castles (old blog post on my blog, search for discover Croatia :Ozalj Castle). Tonight we're leaving the kids and going out for dinner. What are your plans? #valentines #valentinesday2020
It's always nice to catch up with my best friends especially if it includes a delicious cake. How was your Tuesday? 😉 #slasticarnicaslon
How cool are these kids? We went to see the children's carnival parade yesterday. Our boy loved it! He's still a bit too young to participate but in 2,3,years he'll walk these streets in a costume and have fun.
New blog post:What to do in San Marino.. Finally, a proper travel post on my blog after November and a Christmas market post. So, we visited San Marino almost two years ago with our then 6months old baby boy. Although I blogged immediately after the trip about Imola and Rimini and Borgo Maggiore and published a photo post on San Marino I didn't write about its landmarks. I don't know why since we all fell in love with San Marino. But now you have a comprehensive guide on what to do in San Marino on a weekend break. #ontheblog #newblogpost
We haven't been anywhere in a while.. 😭 Sick all the time, toddler has had a bout of diarrhoea and vomiting again, and an ear infection too... And the baby's been coughing.. And it's raining now and it was sunny for weeks... So my Instagram is very much a latergram, oh well. A photo of Krk Castle from Krk Town on Krk island.. From summer...