I have never swum in the ocean until our week in Lisbon in Sep 2014. I have seen so many movies where people just surfed or lay at the beach but nobody seemed to be swimming. I always wondered why was that and just thought that maybe those people  just aren’t such great swimmers, unlike me. Well, little did I know. We had seen a lot of Lisbon and even manged to do two day trips ( Sintra area and Evora ) so I also wanted to spend some time at the beach and chose one that seemed to be the nearest.

Alas,  it wasn’t the most beautiful beach even though it was sandy and seemed to be stretching on forever but I didn’t like the sight of the buildings so near it. However, it served its purpose and that was to try to swim in the ocean. Yes, try being the operative word. The people at the beach were mostly just standing in the water or walking or sitting at the beach apart from a few surfers. Nobody was really swimming. And then I tried to swim and nearly drowned. Ok, I’m just exaggerating. I just swallowed a lot of ocean 🙂  Swimming in the ocean proved to be a lot more difficult that I’d ever imagined and the waves just kept crushing and throwing me down. I couldn’t swim properly so I just jumped and played around a bit until I got bored and went out to dry. n.b. I can swim pretty well and have swum in different seas. 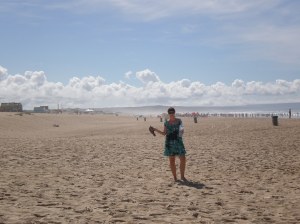 Anyway, I didn’t really want to spend the entire day on the beach so we went  back to Lisbon and did a few more things. Firstly, we finally got to visit the cathedral which we have seen so many times before from the tram but now we have actually walked to it and went in.  It was beautiful but I prefer the one in Evora. Outside the cathedral I bought a painting from a street artist :).

Then we went back to Praça do Comércio square and visited the Museum of the Portuguese beer. My husband’s idea, naturally. But it was a small and fun museum and we got a beer mug and some beer to drink (cool beer mug but you have to return it). Because I’m not a beer fan I won’t describe the  museum in length, sorry. I saw a lot of beer bottles of different Portuguese brands and a lot of beers from former Portuguese colonies. The most fun part was the monk’s cellar with the puppets and the whole beer production things. Afterwards, we wandered a bit through several already quite familiar streets and had Indian food for late lunch. Slightly tired we returned to the hotel and ventured to the mall later in the evening. I know, I know, not terribly exciting  but I wanted to see some shops and do a bit of shopping 🙂 We only had one more day in Lisbon so I also wanted to buy some snacks for the trip back since I didn’t want to do that on our last day. All in all, it was a relaxing day. 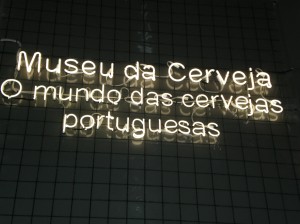 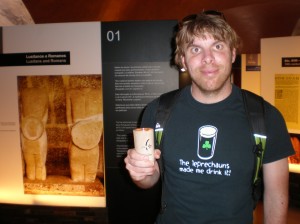 Have you ever visited a beer museum? 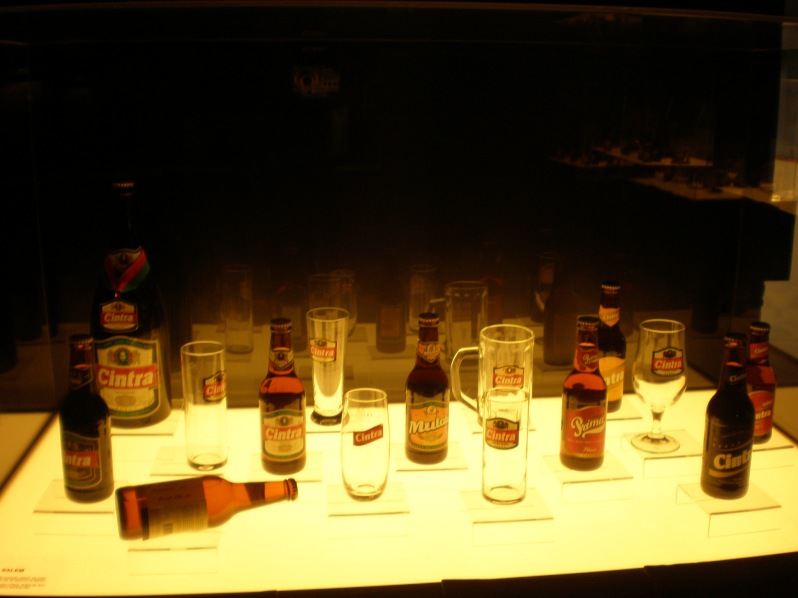 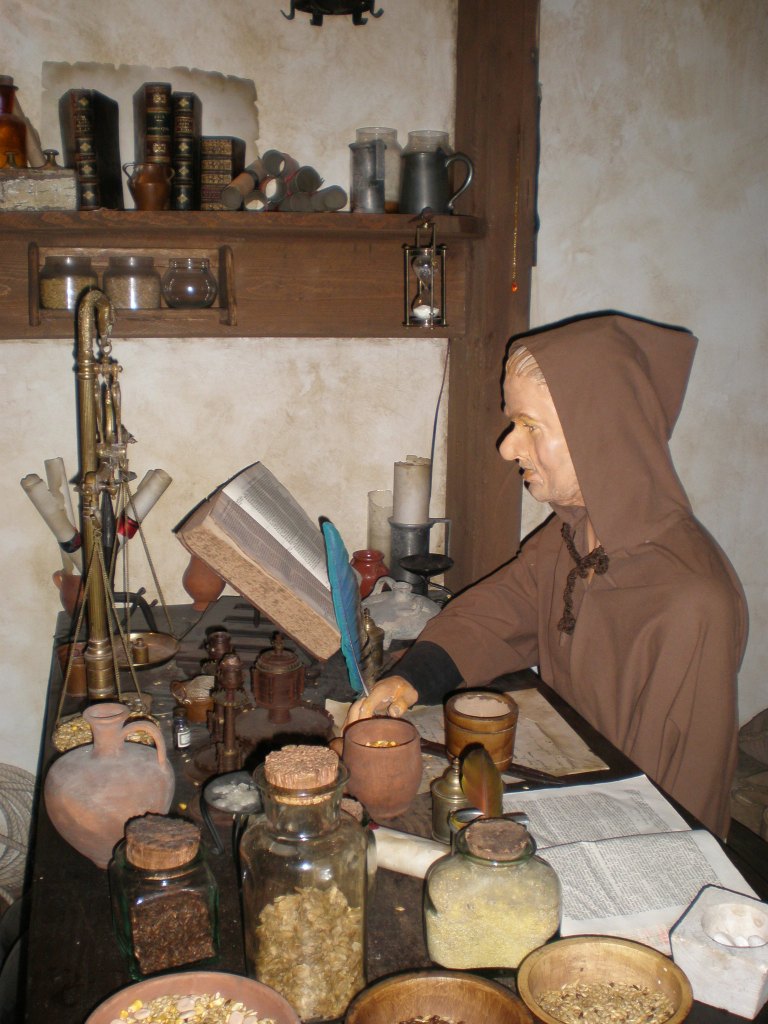 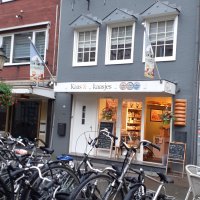 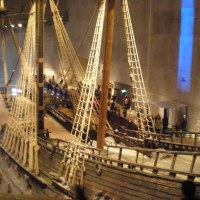