My baby boy V. is 9 months old. Whaaaat? Yes, I can’t believe it too. The pregnancy seemed to drag on forever but these past 9 months have gone by so fast. A blink of an eye and he has changed from a sleepy newborn to active and strong baby. This made me think of my babymoon last August. I didn’t travel internationally during my pregnancy apart from a day trip to Italy with my best friend. Instead my husband and I made lots of day trips locally and we also took several weekend trips.

I really wanted to go away somewhere by the end of my pregnancy so after some serious thinking and some luck I found a great deal for a lovely apartment in Gorski kotar region of Croatia. Now, Gorski kotar is fondly nicknamed little Switzerland because it’s an area full of forests and mountains and it’s rich in wildlife. Gorski kotar is totally off the beaten path destination in Croatia unlike its coast. 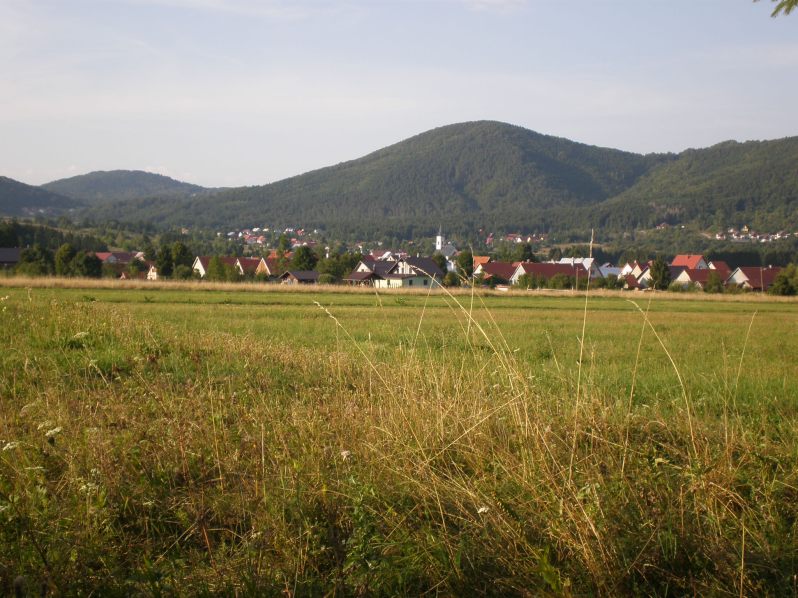 We spent the babymoon weekend in Mrkopalj, a town in Gorski kotar only an hour away from the seaside (Kvarner region) and an hour and a half from Croatia’s capital Zagreb. It’s a sleepy little town that has a small ski lift. Actually, Mrkopalj is the place where the first ski lessons were held back in 1913. It’s surrounded by forest and yet it was quite hot there last August. There are many outstanding natural attractions from national parks, caves, rivers and protected landscapes around Mrkopalj. Of course, we couldn’t have an active holiday so we didn’t do any rock climbing or cycling or rafting. After all, I was 30 weeks pregnant. So, what did we do? We took long walks, played board games, watched a bit of telly too and enjoyed the local cuisine. We also drove to several neighboring villages. We visited Begovo Razdolje just because it’s the highest inhabited place in Croatia. We had excellent lunch in Ravna Gora, another beautiful village. I can still remember the taste of a delectable wild berries strudel that I had as a dessert. Other local specialties of this area are game dishes, mushrooms, frogs and many more. 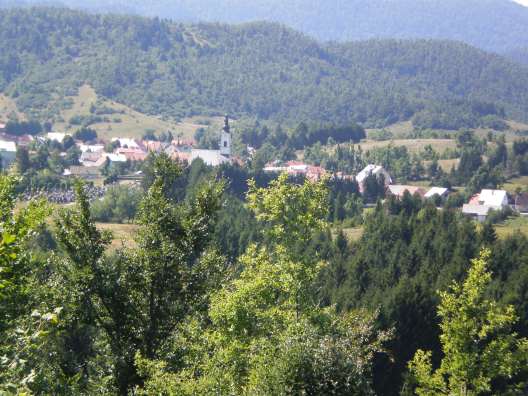 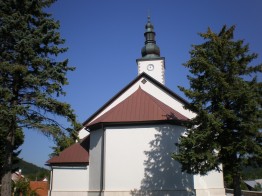 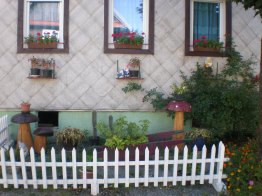 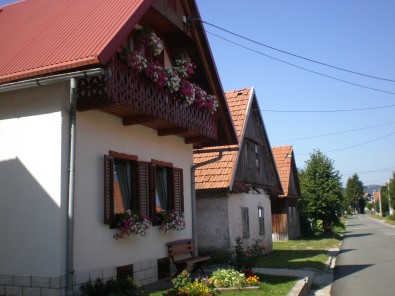 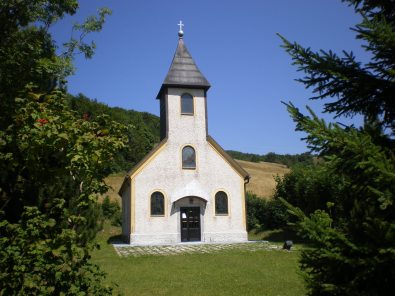 We left our lovely apartment on Sunday morning and drove to Ogulin which is a town in another Croatian region. Ogulin is famous for several attractions: the Frankopan castle, Đula’s abyss and as the birth place of the best Croatian writer for children Ivana Brlić Mažuranić. We wandered around the town and saw the major sights. We visited the Frankopan castle together and I visited Ivana’s House of Fairy Tales in the castle’s courtyard on my own. 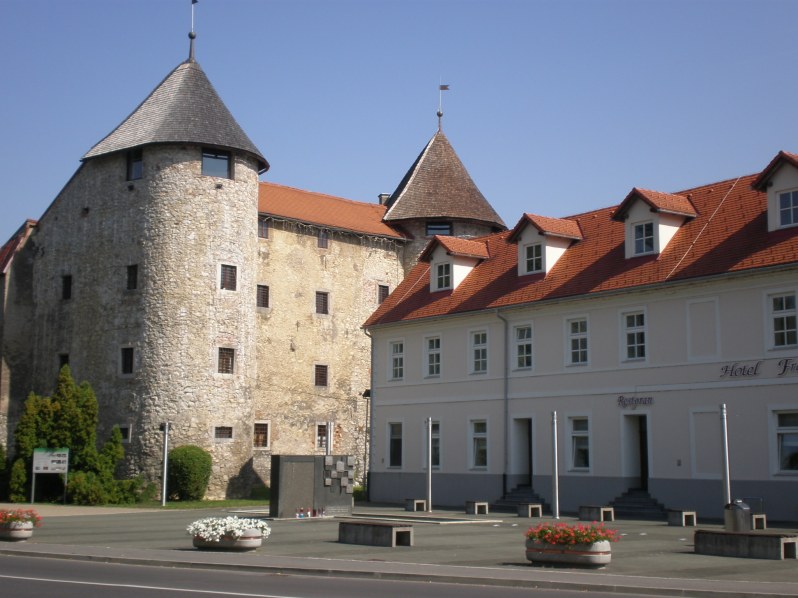 Frankopan Castle was built around 1500 by Bernardin Frankopan. It’s a rather beautiful renaissance castle. There’s a small entrance fee and you get to see several different exhibitions: archaeological exhibition, ethnographic exhibition, exhibition about Croatian fairy-tale writer Ivana Brlić Mažuranić and a mountaineering exhibition.

Ivana’s House of Fairy Tales is a rather interesting multimedia and interactive center focusing not just on Ivana B.Mažuranić’s work but also on fairy tales in general. It’s quite a fun experience for children and all young at heart. I loved it! 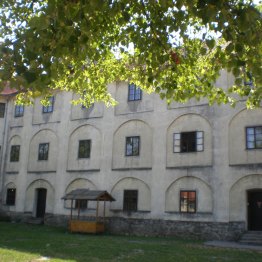 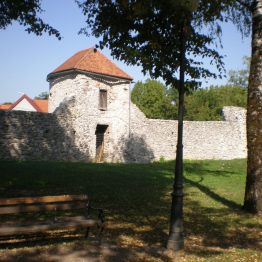 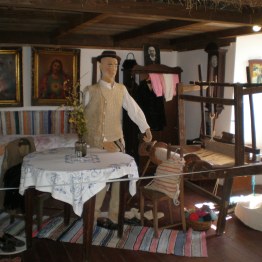 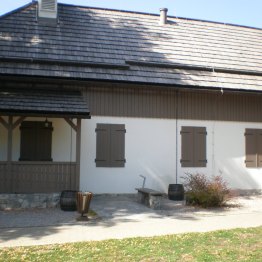 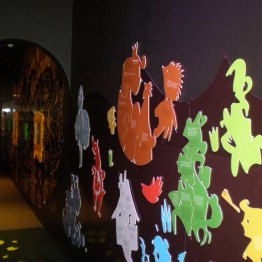 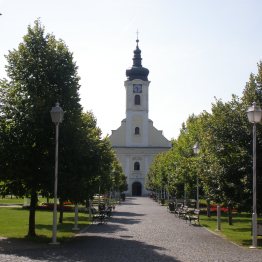 After our short sightseeing of Ogulin we had yet another delicious meal. All in all, it was a rather relaxing and enjoyable babymoon weekend. And now a year later I’ve got an adorable baby boy!:) 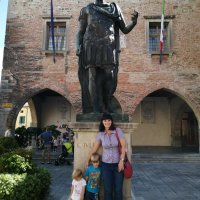 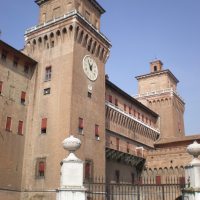 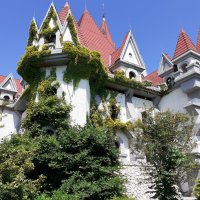 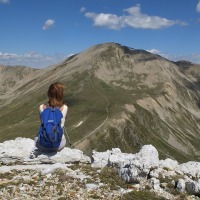 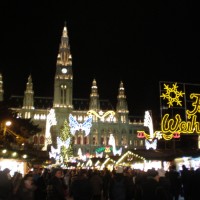