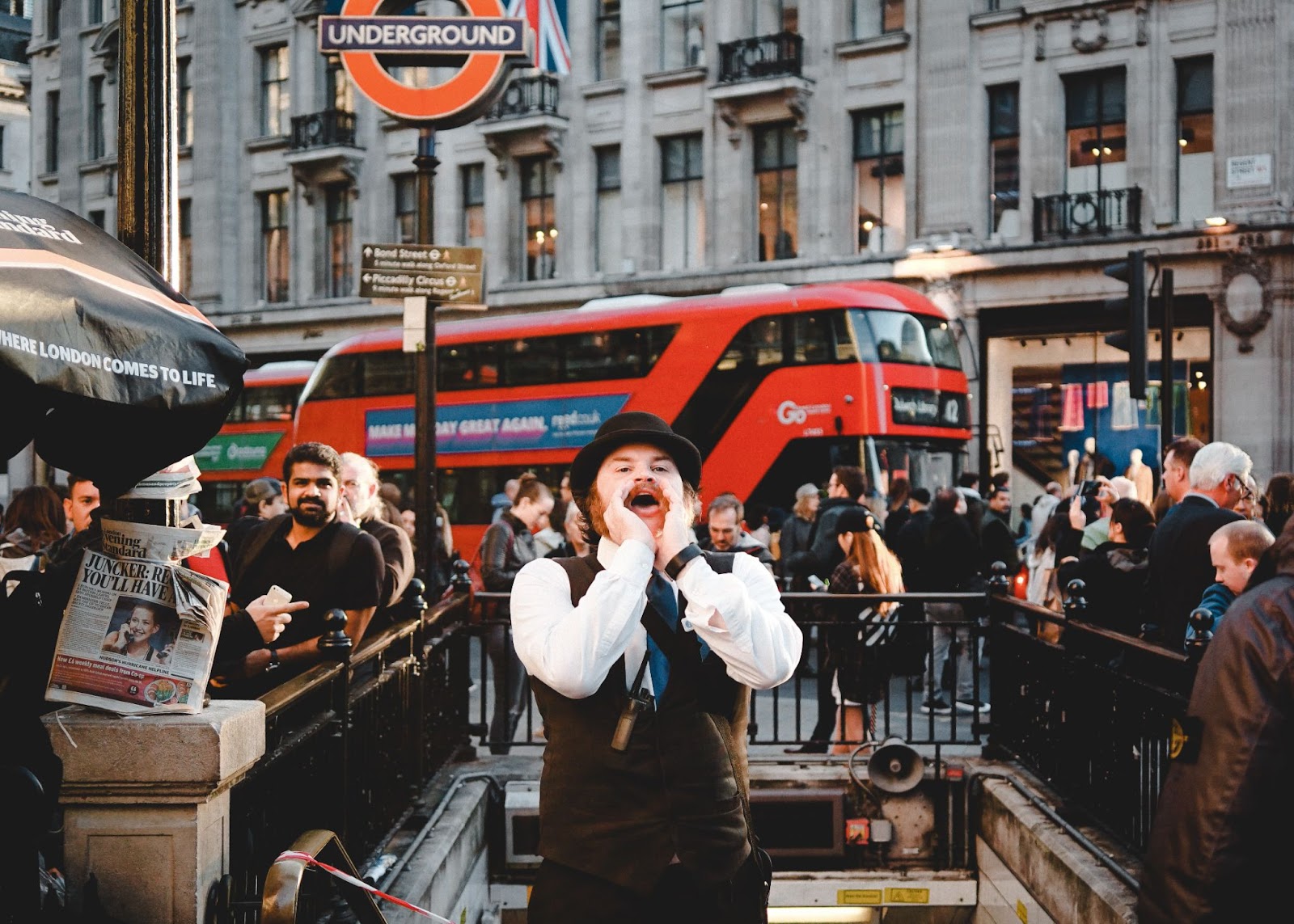 London is one of those cities that is more than just brick, mortar, and concrete.  There’s a reason people fall in love with London. It’s the same reason that Susannah Conway wrote that “this beautiful city is so vast it holds the story of every soul who’s ever walked along the banks of the Thames.” It has a history that stretches back longer than some countries have even existed, and heaves with life.

However, one would argue that you’ve never really experienced true London life until you’re practically indistinguishable from the around 9.5 million people who live there. Whether you’re planning on a flying visit and want to avoid standing out as an obvious tourist, or you want to settle down for a while and become part of the city itself.

Now, there’s nothing wrong with being a tourist. There’s a pure joy to be found in dancing through a city and doing all the stereotypically touristy things, especially if you truly love a place. But there’s always so much beneath the glitz and the glamour and the tourist traps. So, let’s take a closer look at London and find a way to fall even deeper in love with it, warts and all.

Before you try to live like a native Londoner, you could try to look like a native. London is full of different people and different cultures, all of which create a kaleidoscope of different styles. While it can be overwhelming to start with, you’ll soon get used to it.

Fashion and London are famously tightly knit. There’s a reason the London Fashion Week is such a big deal, but don’t worry about what you’re wearing. The wonderful thing about London fashion is that it’s so eclectic that you can get away with pretty much anything, if you’re comfortable and confident.

You could try to get away with some of the more outlandish outfits from the fashion week, but the streets aren’t a catwalk. If you want to blend in and you’re not sure what to wear, there are a couple of things that you might want to bear in mind.

First of all, don’t be afraid to go vintage. Styles that call back to the 1950s all the way up to the 1990s are selling on the London High Street. It’s not just the clothes and shoes either, even vintage styles of glasses are coming back into vogue. As you wander the streets of London, you’ll see that even celebs shop here for the heights and depths of fashion history.

If you aren’t looking to make any statements, which most London locals won’t be, then there are also some staples which always look nice. For women, camel coats and trench coats are timeless and will keep any sudden downpours off you without being overly warm. Practical boots are also popular, which is handy for your trek through London.

For men, going vintage seems to be the height of fashion, which thankfully means that more comfortable relaxed tailoring happens to be incredibly stylish. If you want clothing that will last a lifetime, both literally and fashionably, then invest in a decent leather bomber jacket. It’ll always look good, and it will resist wear and tear far more than some other jackets.

Once you actually get to London, you’ll need a way to get around. There are pretty much two major methods of transportation in London. The first, you might already know by now. You’re going to need those fashionable, comfortable shoes, because you will be walking around a lot.

It’s the best way to explore the city really, as you’ll get to explore all the nooks and crannies that you might otherwise miss. Just be mindful of everyone else in the crowd. People in London walk quickly and seemingly erratically at times, and tend not to actually look at each other. After a while, you’ll get the hang of it.

The second way to get around is to take advantage of the public transportation system in London. If you want a cheap bus tour of the city, then get on the #11 bus and see all the major sights from the top deck of a regular commuter bus, rather than cramming yourself onto a crowded tourist bus.

If you want to travel further and more quickly, then use the London Underground, colloquially known as the “tube”. It’s cheaper than taxis and it’s exactly what the locals use. To save money, travel at off-peak times and avoid single fare tickets whenever possible. Use either a contactless debit card or, preferably, a prepaid oyster card to pay your fare.

Where to Go in London

If you’ve been to London a few times, chances are that you’ve already explored the ins and outs of Central London. People gravitate there for good reason, it’s absolutely full of places to see and experience, including plenty of free museums and galleries that even a cash-strapped tourist can enjoy.

While Central London has a lot to offer, you can also travel further afield for some equally interesting sights. Some of the best shopping, nightlife, and cultural landmarks can be found outside of the more touristy areas of London. So, try out West London or South London and see what’s there. Many of the locals head to these areas to get away from the crowds to check out these attractions.

If you really want to see how many people live in London, visit the East End. While it’s most famous for being the site of the infamous Jack the Ripper, there are plenty of little gems to visit for a more relaxed day out in the city.

Also, if you’re truly going to live like a local, you’re going to have to spend some time in a good old British pub. Pubs are the lifeblood of Britain as a whole, and London is no exception. Even if you don’t drink alcohol, this is where you’ll find many of the London locals after the end of the work day. There’s nothing wrong with enjoying a soft drink and socializing.

When you’re not visiting the pubs, make sure that you also experience the London food scene. Traditional pub lunches and afternoon tea experiences are a wonderful way to fill up, but remember that London is a melting pot of different cultures and backgrounds. With all these cultures comes different cuisines, and London is no stranger to food from all over the world.

If the weather is fine, you might not want to spend the whole day inside. So, treat yourself to some of the many parks and green spaces dotted around London. Almost half of London is made up of greenery, so you’re bound to find yourself there at some point. It’s also a great way to get a breath of fresh air from the concrete jungle, before jumping right back in.

Finally, head to the many markets of London. Different markets cater to different shoppers, so you’ll be spoilt for choice. Tourists and locals alike frequent these markets, come rain or shine. Remember, depending on the time of year, you should expect both weathers.

The People of London

Every city is only made alive through the people who live there, and London is no exception. When in doubt, listen to the people you meet. Despite common misconceptions, Londoners are friendly, in the right circumstances.

When you’re walking in the street, or standing on the tube, then most locals prefer to keep to themselves. After all, they’ve got places to be and are usually in their own heads. London is a fast-paced city, and interruptions aren’t always welcomed.

However, when you settle down at the pub, or in the park, then you’ll likely find someone more than willing to chat to you. This is when people are relaxed and comfortable, and are far more willing to share their experiences and tips with you. The best way to learn how to live like a London local is to speak to a London local and, hopefully, befriend them. Obviously, some people simply won’t be in a talkative mood, but someone will be happy to talk.

If you’re making a flying trip, then it’s always interesting to talk to different people. If English isn’t your first language, then chatting to as many people as possible is a great way to improve your language skills. But if you want to stay for a more extended period of time, then you will want to make friends.

By talking to the locals, you’ll also pick up on places and events that aren’t well known to most tourists. One-off events are very common in London, and a lot of people like to get involved. If you haven’t planned your trip too closely, then these one-off events can transform your London trip to a life-changing experience.